What is dead may never die: a new version of OS/2 just arrived

Game of Clones: ArcaOS 5.0 promises to pick up where OS/2 4.51 and eComStation left off 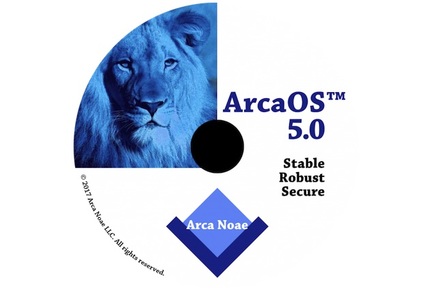 The Register understands that Arca Noae has a licence from IBM to do a distribution of OS/2, the OS that Big Blue pitched against Windows 95 back in the day. OS/2's fourth release was widely regarded as technically superior to Windows 95 and Windows NT but didn't catch on because of a clunkier GUI and Microsoft's hardball licensing tactics that made it commercially suicidal for PC-makers to offer the OS.

The OS nonetheless found a home in places like automatic teller machines and other niche applications of the sort IBM was often asked to build.

But sales were never stellar and once it was clear that there was no point in competing with Windows on the desktop IBM took OS/2 out behind the shed with a rifle, ending sales in 2001 and winding up support in 2006.

Users soon petitioned IBM to open source the OS on grounds that it did lots of things well and its code could therefore benefit the coding community, but IBM rejected that petition, on grounds that there was still commercial and legal reasons to hang on to the source code. The legal reasons were easy to understand: OS/2 was initially co-developed with Microsoft so entanglements were to be expected. Others speculated that OS/2 had found its way into military and intelligence agencies who would rather the world did not get a chance to rummage through its source code.

But OS/2 was still out there and users needed help, not least because hardware was crumbling beneath the OS. So IBM allowed an outfit calledeComstation to do a version called “eCS/2” that allowed the OS to run on hardware using things like USB that had come along since OS/2's last version, 4.52, emerged in 2001.

ArcaOS 5.0 now offers itself up as a migration option for users of both eCS/2 or OS/2. The new OS, numbered 5.0 to suggest itself as an heir to OS/2's last release, promises it can run native OS.2, Windows 3.1 and DOS applications.

The OS can run on an Intel Pentium Pro or higher, or an AMD K6 or higher, but will run in 32-bit mode. A Compatibility Support Module allows the OS to run on UEFI-based machines. Audio is no problem, so long as hardware supports Uniaud 2.0, and USB 1.1 through 3.0 should work. Wired or wireless LANs with chipsets that support “MultiMac, GenMAC, or other drivers” will get the OS online. Virtualization? Yep! VirtualBox, VMware ESXi and VirtualPC should all handle ArcaOS 5.0.

Arca Noae's selling two versions of ArcaOS 5.0. A US$99 personal edition comes with limited support. Splashing $229 gets you a commercial edition with a couple of years support. Subscriptions promise to deliver a stream of driver and software updates.

If you're the kind of retro-computing enthusiast who can't resist this, do let us know how it runs! ®